Reconnecting with Our Unconscious Mind

“Most of us have an intuitive feeling about what is meant when we hear the term unconscious. We correlate this idea with myriads of experiences, small and large, that are interwoven with the fabric of our daily lives. We all have had the experience of doing something unconsciously when our minds were ‘someplace else,’ then being surprised at what we had done. We remember getting worked up during a conversation and blurting out some strong opinion we didn’t know consciously that we held.
Sometimes we are startled: ‘Where did that come from? I didn’t know I felt so strongly about that.’ As we become more sensitive to the surges of energy from the unconscious we learn instead to ask, ‘What part of me believes that? Why does this subject set off such an intense reaction in that unseen part of myself?’
We can learn to look at the issue more closely. What ‘comes over me’ is a sudden invasion of energy from the unconscious. If I think I wasn’t being ‘myself,’ it is because I don’t realize that ‘myself’ also includes my unconscious. These hidden parts of ourselves have strong feelings and want to express them. Yet, unless we learn to do inner work, these parts of ourselves are hidden from our conscious view.
Sometimes these hidden personalities are embarrassing or violent, and we are humiliated when they show themselves. At other times we wake up to strengths and fine qualities without ourselves that we never knew were there. We draw on hidden resources and do things we normally could not have done, say something more clear and intelligent that we’ve ever been able to say before, express wisdom we did not know we had, show a generosity or understanding of which we never knew we were capable. In each case there is a startled reaction: ‘I am a different person than I thought I was. I have qualities – both positive and negative – that I didn’t know were a part of my definition.’ These qualities live in the unconscious, where they are ‘out of sight, out of mind.’
We are all much more than the ‘I’ of whom we are aware. Our conscious minds can focus on only a limited sector of our total being at any given time. Despite our efforts at self-knowledge, only a small portion of the huge energy system of the unconscious can be incorporated into the conscious mind or function at the conscious level. Therefore we have to learn how to go to the unconscious and become receptive to its messages: It is the only way to find the unknown parts of ourselves.
To get a true sense of who we are, become more complete and integrated human beings, we must go to the unconscious and set up communication with it. Much of ourselves and many determinants of our character are contained in the unconscious. It is only by approaching it that we have a chance to become conscious, complete, whole human beings. Jung has shown that by approaching the unconscious and learning its symbolic language, we live richer and fuller lives. We begin to live in partnership with the unconscious rather than at its mercy or in constant warfare with it.
Most people, however, do not approach the unconscious voluntarily. They only become aware of the unconscious when they get into trouble with it. We modern people are so out of touch with the inner world that we encounter it mostly through psychological distress. For example, a woman who thinks she has everything under control may find herself horribly depressed, able neither to shake it off nor to understand what is happening to her. Or a man may find that he has terrible conflicts between the life he lives outwardly and the unconscious ideals he holds deep inside himself where he never looks. He feels torn or anxiety-ridden, but can’t say why.
When we experience inexplicable conflicts that we can’t resolve; when we become aware of urges in ourselves that seem irrational, primitive, or destructive; when a neurosis afflicts us because our conscious attitudes are at odds with our instinctual selves – then we begin to realize that the unconscious is playing a role in our lives and we need to face it.
Jung discovered that the unconscious is not merely an appendage of the conscious mind, a place where forgotten memories or unpleasant feelings are repressed. He posited a model of the unconscious so momentous that the Western world has still not fully caught up with its implications. He showed that the unconscious is the creative source of all that evolves into the conscious mind and into the total personality of each individual. It is out of the raw material of the unconscious that our conscious minds develop, mature, and expand to include all the qualities that we carry potentially within us. It is from this treasure trove that we are enriched with strengths and qualities we never knew we possessed.
Jung showed that the conscious and the unconscious minds both have critical roles to play in the equilibrium of the total self. When they are out of correct balance with one another, neurosis or other disturbances result.” 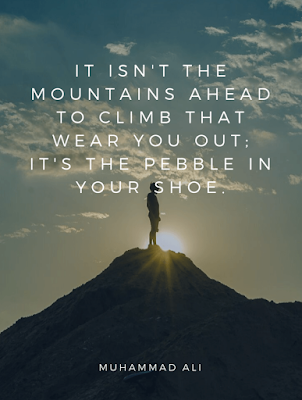