But awakened ones
clearly see
'this cup is already broken'

When we awaken
will we experience the magic of unformed unity
with joyful, childlike curiosity
morphing into infinite numbers & varieties
of observable mysteries?

And will we also experience
every single mystery
bursting asunder
as it reverts back
into vast, silent, majestic, pregnant emptiness
always & already
AND never ever
broken? 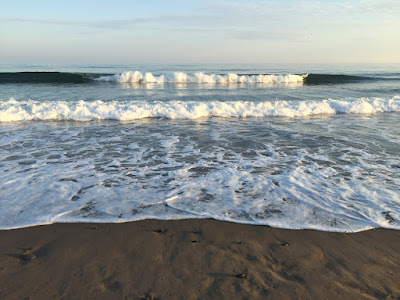 As a species, we're deeply conditioned to stick to all that is safe & well-known. We have a powerful, genetic 'negativity bias.'

"All of life is but keeping away the thoughts of death." Samuel Johnson

However, at a certain point in our life, some of us are drawn to, and are ready to take 'the road less traveled' - toward becoming intimate with the meaning of our own life, of life in general.

“Yaksha:               What is the greatest wonder in the world?
Yudhishthira:     Every day men see others called to their death, yet those who remain live as if they were immortal.” The Mahabharata

“Just understand that birth-and-death is itself nirvana. There is nothing such as birth and death to be avoided; there is nothing such as nirvana to be sought. Only when you realize this are you free from birth and death.” Dogen
David R. Loy. “Lack & Transcendence. The Problem of Death and Life in Psychotherapy, Existentialism, and Buddhism.” Wisdom Publications, 2018.

“The word mysteries has long had religious connotations. In both ancient and modern cultures, there have always been priests and priestesses, nuns, monks, and shamans seeking to learn from the mysteries and thereby shift their relationship to themselves and others, to life and to death. This book is intended for those today who are drawn to these subtle realms. Emptiness is the theme, as it is a core teaching closely connected to the other mysteries. For the truth of emptiness to reveal itself fully in our hearts and minds will require inquiry and reflection, as well as a deep intuition born from meditation, which is simply another name we give to close observation. In truth the keys that unlock the mysteries of science also unlock the mysteries of spirit.”

After years of serious meditation practice, many of us expect to reach a stable state of equanimity, if not pure bliss. When this doesn't happen, we wonder if we've messed up somehow.
Thoughts, emotions & body sensations will always continue to change (anicca), and will continue, at times, to be unpleasant (dukkha). However, self-inquiry & meditative experience tells us that these things are not who / what we are (anatta).
It takes a LOT of wise, continuous practice - on AND off the cushion - to let go of being so thoroughly identified with our thoughts (self-referential internal narrative), emotions & body, and start to hold ourselves much more lightly.
A few Buddhist perspectives on this common dilemma:

“The meditator’s path is not about trying to become perfect. It is a path that leads to inner freedom. I have found meditators to be some of the most idealistic people in the world. It makes sense that we would be; after all, we are aiming for the highest happiness. But when idealism is self-centered – as in ‘I’ have to be perfect – it is debilitating and exhausting, certainly for ourselves but also for those around us upon whom we are projecting our need for perfection. As the Zen teacher Shunryu Suzuki reminds us, practice is making one mistake after another.
… Aiming for perfection can be seductive and compelling. Given that the society in which we live supports the idea that perfection is attainable, it can feel like our own personal fault if we are not.”
Narayan Helen Liebenson. “The Magnanimous Heart. Compassion and Love, Loss and Grief, Joy and Liberation.” Wisdom Publications, 2018.

When practitioners complain about suffering, Zen teachers would ask them: "WHO is suffering?" The intention is to nudge the practitioner toward the direct experience of not being able to find any trace of a solid, fixed, unchanging "I".
If we ask ourselves this question, we immediately leave the victim role, and assume an observer role, which is MUCH more spacious, free & clear.

“The fundamental change, the turning of the page from illusion to clarity and understanding in my process of nondual awakening, occurred after many, many hours of self-inquiry and yoga while working with ‘I am not this body’ and ‘Am I this body?’ …”
Gary Weber. “Evolving Beyond Thought. Updating Your Brain’s Software.” CreateSpace Independent Publishing Platform, 2017.

Many, perhaps most people are detail- or specifics-oriented. Their comfort zone is in dealing with widely-agreed-upon factual details, specific, familiar places & situations, immediate, tangible, material concerns. They're not comfortable engaging with general principles, broad concepts, & 30,000ft overviews. Particularly foreign, disorienting, even threatening are spirituality, mysticism, wisdom, etc.
This is in sharp contrast to a small group of folks with a rare (<1%, "Advocate") personality type, whose real passion is getting to the very heart of issues, ideally to help prevent serious problems. These folks may have a facility for & interest in focusing less on individual trees, and more on the basic principles of forestry, in order to prevent catastrophic forest fires.

Each of us is pretty well stuck with one personality type. Nevertheless, it's becoming terrifyingly obvious to most that human behavior is rapidly destroying the earth. Arguably, this is because most modern humans are ignoring spirituality:
“our modern worldly values (desire for fame, money, etc.) acquire their compulsiveness from a misdirected spiritual drive.”
David R. Loy. “Lack & Transcendence. The Problem of Death and Life in Psychotherapy, Existentialism, and Buddhism.” Wisdom Publications, 2018.

But what exactly is spirituality?

"Spirituality is a broad concept with room for many perspectives. In general, it includes a sense of connection to something bigger than ourselves, and it typically involves a search for meaning in life. As such, it is a universal human experience — something that touches us all. People may describe a spiritual experience as sacred or transcendent or simply a deep sense of aliveness and interconnectedness.
Some may find that their spiritual life is intricately linked to their association with a church, temple, mosque, or synagogue. Others may pray or find comfort in a personal relationship with God or a higher power. Still others seek meaning through their connections to nature or art. Like your sense of purpose, your personal definition of spirituality may change throughout your life, adapting to your own experiences and relationships." https://www.takingcharge.csh.umn.edu/what-spirituality

"Spirituality addresses qualities of the human spirit that include love, compassion, patience, tolerance, forgiveness, a sense of responsibility, which brings happiness to self and others. It as well includes a basic concern for the well-being of others. And it has an emphasis on contemplative practices cultivating ethics, stability, and prosocial mental qualities." Dalai Lama

“Politics and spirituality are the two sides of the same coin. Politics is the driving force visible to the outside; spirituality is the internal force driving the consciousness to open up to the world and conjoin it. Politics bared of spiritual awareness always leads to violence and the abuse of power. Spirituality without political engagement resembles an escape from the world.” Gundula Schatz

“Religion is for people who're afraid of going to hell. Spirituality is for those who've already been there.” Vine Deloria Jr.

In the following, "soul" IMHO is used very much like "spirituality":
“I don’t use soul in a religious sense but rather the way psychologists Carl Jung and James Hillman and the Romantic poets like Keats, Wordsworth, and Blake use it: to speak of the experience of depth in our lives. Soul invites the marginal, the excluded, and the unwelcome pieces of ourselves into our attention. Soul is often found at the edges, both in the culture and in our lives. Soul takes us down into the places of our shared humanity, such as sorrow and longing, suffering and death. Soul requires that we be authentic, revealing what lies behind the image we try to show the world, including our flaws and peculiarities. Soul doesn’t care at all about perfection or getting it right. It cares about participation. Soul is revealed in dreams and images, in our most intimate conversations, and in our desire to live a life of meaning and purpose.” Francis Weller