“It is the nature of the mind to be constantly in contact with objects, so you do not have to make a special effort to see an object. Just become aware of what is there and do not try to see what you think is the right object. There is no need to control or manipulate your experience.

When people start meditating, they tend to have fixed ideas of how the practice should develop. But you do not need to do or create anything. You just need to develop continuous awareness to watch and observe. That’s all. You cannot make things happen, but when you develop awareness correctly, things will happen. The same is true for the arising of understanding, be it simple or deep, even enlightenment!”
Ashin Tejaniya “Don’t Look Down on the Defilements – They Will Laugh at You.
http://sayadawutejaniya.org/teachings/

Altering Consciousness as a Trait of Being

“Freud saw no way out of suffering but to bear it; the Buddhist psychologist offers an alternative: alter the process of ordinary consciousness and thereby end suffering. The state of consciousness which transcends all the ordinary realms of being is the ‘Buddha realm.’ Buddhahood is attained by transforming ordinary consciousness, principally through meditation, and once attained is characterized by the extinction of all those states – eg anxiety, needfulness, pride – which mark the ordinary realms of existence. Buddhahood is a higher-order integration than any suggested by the developmental schema of contemporary psychology.
What is particularly intriguing about the Buddhist developmental schema is that it not only expands the constructs of contemporary psychology’s view of what is possible, but also gives details of the means whereby such a change can occur, namely, that via meditation – an attentional manipulation – one can enter an altered state, and that through systematic retraining of attentional habits one can alter consciousness as a trait of being. Such an enduring alteration of the structure and process of consciousness is no longer an ASC (altered state of consciousness), but represents an altered trait of consciousness, or ATC, where attributes of an ASC are assimilated in ordinary states of consciousness.” Daniel Goleman

“Humanistic psychologists wanted to study human experience and what was most central to life and well-being, rather than what was easily measured in the laboratory. One discovery in particular was to have an enormous impact and eventually give birth to transpersonal psychology. Exceptionally psychologically healthy people tend to have ‘peak experiences’: brief but extremely intense, blissful, meaningful, and beneficial experiences of expanded identity and union with the universe. Similar experiences have been recognized across history and have been called mystical, spiritual, and unitive experiences, or in the East, Samadhi and satori.”


“Transpersonal experiences may be defined as experiences in which the sense of identity or self extends beyond (trans) the individual or personal to encompass wider aspects of humankind, life, psyche, and cosmos.
... one interpretation of transpersonal is that the transcendent is expressed through (trans) the personal.”

Reptile, Buddha - Not one, not two

"Pema Chödrön has talked about how the practice of seeing herself as Buddha helped her open up her practice to everything she experienced. She said she did this by labeling whatever she was feeling as buddha. For example, if she was hungry, she would call herself 'hungry buddha.' When you feel afraid, that is 'fearful buddha' or 'scaredy-cat buddha.' She used examples, such as, if you have indigestion, that is 'buddha with heartburn.' Similarly, we could say, if you are bored, recognize that as 'bored buddha.' If you are enraged, that is 'angry Buddha;' if you are in a jealous state, then recognize that right now you are 'jealous buddha.' In Zen meditation, you might regard yourself as 'thinking Buddha,' which is more constructive than wishing you were not thinking or feeling like a failure when you are thinking. Recognizing and acknowledging your actual experience is the first step in accepting whatever you are experiencing as being something completely acceptable to practice with. The space created by being aware of our experience interrupts the domino effect of one feeling or reaction automatically cascading into the next."

Fear and the Illusion of Separateness

“Fear is the primary mechanism sustaining the concept of the ‘other’ and reinforcing . . . loneliness and distance in our lives. [Through fear] we identify with a fragment of reality rather than with the whole. Metta [loving-kindness] overcomes the illusion of separateness... (and thereby) ... overcomes all of the states that accompany this fundamental error of separateness — [including] fear, alienation, loneliness, and despair . . . ”            Sharon Salzberg 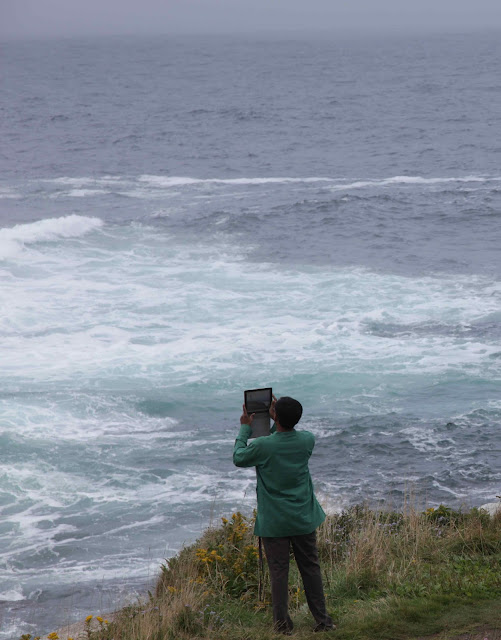 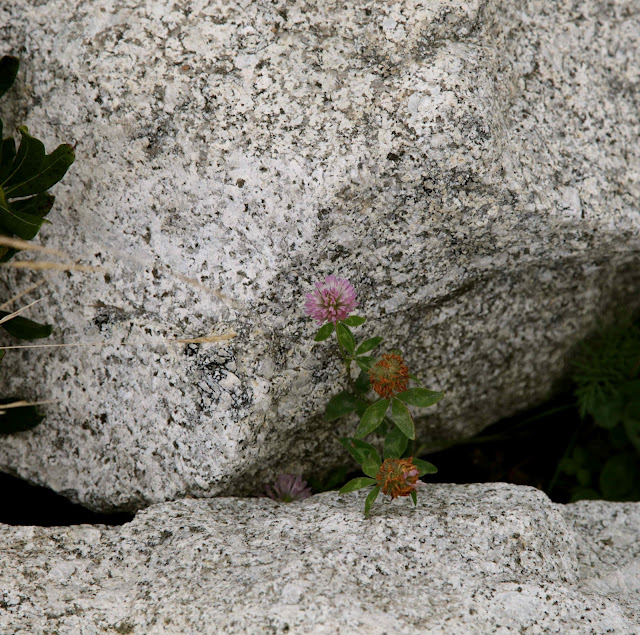 
"The idea of loving-kindness being an antidote to fear reminds me of how sometimes I can feel myself going back and forth between the fear of going into a new group to do a presentation and a warmness of heart that comes from wanting to make an offering of who I am as a Buddhist practitioner in the most honest and helpful way I can. For a long time, I have thought that one of the most important parts of giving a talk, at least for me, is saying, 'Good morning.' I actually practice saying this, but what I am really practicing is making an offering of goodwill by trying to open myself to a place beyond self-consciousness and judgment; so, if nothing else, at least I can offer this heartfelt wish. Saying, 'good morning,' helps me connect within myself to a place of warm regard."

Processing what is on my plate

Can I let go of words, concepts, hopes, stories, and all the other barriers I erect between myself and raw reality? On or off the cushion, dancing with this moment, being-doing is realized.

What is this?
Who am I?
Not one, not two

Let's face it, when it comes right down to it, only one thing matters - that we've loved well. First our immediate family and closest friends - to the degree that our life circumstances made that possible. Then, all those with whom we interacted in various ways. And then ...

Authenticity is, at the level of my current understanding, loving awareness that embraces as much as one can, knowing that eventually, we will each embrace all of it. We're very much in this thing together!

Time - only a construct

“As Kant pointed out two centuries ago, time exists solely as a construct of the mind, expressed in linear form, sequentially, as chronos and vertically, meaningfully, as kairos.”

and yet, isn't time one of our greatest worries?

The purpose of practicing

“The purpose of practicing is to grow in wisdom. Growth in wisdom can only happen once we are able to recognize, understand, and transcend the defilements. In order to test your limits and to grow, you have to give yourself the opportunity to face the defilements. Without facing life’s challenges, your mind will remain forever weak.”

Ashin Tejaniya “Don’t Look Down on the Defilements – They Will Laugh at You." http://sayadawutejaniya.org/teachings/

A journey of learning and understanding

“Always keep an open mind about whatever you experience. Try not to jump to conclusions. Simply keep observing and investigating your experience thoroughly and continuously. Jumping to conclusions will prevent your understanding from deepening.

Learn to be interested in difficult situations. By being present with them in a gentle manner, you may suddenly understand what caused them."

Ashin Tejaniya “Don’t Look Down on the Defilements – They Will Laugh at You." http://sayadawutejaniya.org/teachings/

Gathering information with an open mind