"I began by asking myself, “What do I want out of life?” And the answer was happiness. Investigating further, I went into the moment when I was feeling happiest. I discovered something which to me was startling at the time. It was when I was loving that I was happiest. That happiness equated to my capacity to love rather than to being loved."
Lester Levenson

“The main thing is to be aware of being comfortable within. If you can do that, you can observe things which come in and produce a little discomfort, and examine why they produce the discomfort. You can quietly observe them and then return to the comfort. It’s surprising – the comfort in here is already out there with you in everything you see. This is the real nature of things: the comfortable area of being ‘part of’ rather than ‘separate from.’”
Russel Williams, edited by Steve Taylor. “Not I, Not other than I. The Life and Teachings of Russel Williams.” O-Books, 2015.

“… in any situation in life, confronted by an outer threat or opportunity, you can notice yourself responding inwardly in one of two ways. Either you will brace, harden, and resist, or you will soften, open and yield. If you go with the former gesture, you will be catapulted immediately into your smaller self, with its animal instincts and survival responses. If you stay with the latter regardless of the outer conditions, you will remain in alignment with your innermost being, and through it, divine being can reach you. Spiritual practice at its no-frills simplest is a moment-by-moment learning not to do anything in a state of internal brace. Bracing is never worth the cost.
This does not necessarily carry over into an outer state of surrender, or ‘rolling over and playing dead.’ On the contrary, interior surrender is often precisely what makes it possible to see a decisive action that must be taken and to do it with courage and strength. To ski down a hill or split a piece of wood, you first have to relax inwardly; only then can you exert the right force and timing. It’s exactly the same in the emotional world. Whether it’s a matter of holding your ground in a dispute with your boss, handling a rebellious teenager with tough love, or putting your life on the line for an ideal you believe in like Gandhi or Martin Luther King Jr., action flows better when it flows from nonviolence, that is, from the place of relaxed, inner opening.
Remember that memorable scene in the first Star Wars movie when young Luke Skywalker had to guide his space cruiser through a narrow passage and release his missile at exactly the right time? ‘Feel the force, feel the force’ – that powerful mantra his teacher Obi-Wan-Kenobi had impressed on him – captures perfectly the relationship between inner surrender and effortless action. It’s a secret the great spiritual masters have always known.

Modern science has come to understand that matter is only condensed energy. … Sooner or later, science will also discover that what it calls ‘energy’ is only condensed psychic force – which discovery will lead in the end to the establishment of the fact that all psychic force is the ‘condensation,’ purely and simply, of consciousness, ie spirit.” Valentin Tomberg
In other words, there is an energetic continuum running through all of creation, beginning in the virtually vibrationless awareness of pure consciousness and ending in the solid world of rocks and tables. In contrast to the more traditional theological model, which views God and creation as rigidly separate, the Wisdom model stresses the fluidity of movement along this energetic continuum, and the presence of divine consciousness at every level, regardless of the outward form.”
Cynthia Bourgeault. “The Wisdom Way of Knowing: Reclaiming An Ancient Tradition to Awaken the Heart.” Jossey-Bass, 2003.

“There is a vitality, a life force, an energy, a quickening that is translated through you into action, and because there is only one of you in all time, this expression is unique. And if you block it, it will never exist through any other medium and will be lost.”
Martha Graham, (1894-1991) American dancer & choreographer, regarded as one of the foremost pioneers of modern dance, and widely considered one of the greatest artists of the 20th century.

“I would say that we live in a panpsychic, ensouled universe; that it’s intelligent and spiritually-informed, and at some deep level conscious, though not every expression of the cosmos is equally conscious as we all know.
I don’t think that we’re living out a blueprint that has every single detail predetermined. I think we live in an open universe and, as I understand it, the cosmos is itself a continuing, evolving, creative act. That creativity brings in a certain amount of unpredictability. It’s bringing together multiple movements and infusions and impulses in each moment of our consciousness as well as in every other part of the cosmic panoply of other consciousnesses.
So there’s a play in the system. There’s a kind of creative unpredictability that is crucial, in my understanding, to the human adventure. If we were just living out a kind of predetermined structure of fate, that would be a less interesting adventure for sure. Even though I think that there’s a constant interplay between underlying karmic factors, underlying archetypal & cosmological structures, & evolutionary stages, and so forth, that take place collectively as well as individually - there are all sorts of structures that we’re working within, but it’s more like jazz music or rock & roll or blues, where you have certain formal structures, chordal structures, harmonic architecture as it were, and then within that larger architectural structure, it’s up to us what melodies we sing, what dances we dance.
Perhaps the genres are somewhat shaped by our culture and the epoch we’re living in, but I deeply believe there’s a certain element of human agency of autonomy, of creative freedom, and that’s where our moral responsibility comes in, as well as the playful dimension artistically and so forth.”
Richard Tarnas interview https://batgap.com/richard-tarnas/

"We are The Mystery awakening to Itself.
You are not alone but in good company...."    Joel Levey

“Were one asked to characterize spirituality in the broadest and most general terms possible, one might say that it consists of the direct experience, remembering, or felt sense of an unseen order, and our supreme good lies in harmoniously adjusting ourselves thereto.”
William James,​ ​“The Varieties of Religious Experience” [italicized words in the text are my substitutions] 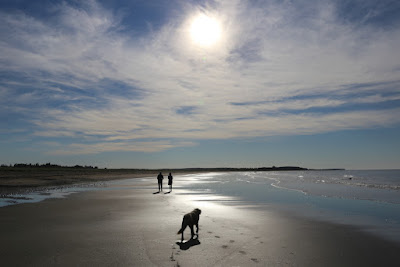