“A white-haired elderly man, stick-thin with a large nose, crossed in front of us. The corners of his mouth drawn down. His lips dark red. He first looked up at the hills to my right, then to the row of shops across the road before lowering his gaze to the ground, presumably to be sure where the coming kerb was. All of this he did as though completely alone. As though he never took any account of other eyes. This was how Giotto painted people. They never seemed to be aware that they were being watched. Giotto was the only painter to depict the aura of vulnerability this gave them. It was probably something to do with the era because succeeding generations of Italian painters, the great generations, had always interwoven an awareness of watching eyes in their pictures. It made them less naïve, but they also revealed less.”
Karl Ove Knausgaard. “A Death in the Family. My Struggle: Book 1.” Vintage Books, London, 2014.

"Thus shall ye look on all this fleeting world:
A star at dawn, a bubble in the stream,
A flash of lightning in a summer cloud,
A flickering lamp, a phantom, and a dream."
Gautama the Buddha

Avalokiteshvara Bodhisattva, when deeply practicing prajña paramita, clearly saw that all five aggregates are empty and thus relieved all suffering. Shariputra, form does not differ from emptiness, emptiness does not differ from form. Form itself is emptiness, emptiness itself form. Sensations, perceptions, formations, and consciousness are also like this. Shariputra, all dharmas are marked by emptiness; they neither arise nor cease, are neither defiled nor pure, neither increase nor decrease. Therefore, given emptiness, there is no form, no sensation, no perception, no formation, no consciousness; no eyes, no ears, no nose, no tongue, no body, no mind; no sight, no sound, no smell, no taste, no touch, no object of mind; no realm of sight ... no realm of mind consciousness. There is neither ignorance nor extinction of ignorance... neither old age and death, nor extinction of old age and death; no suffering, no cause, no cessation, no path; no knowledge and no attainment. With nothing to attain, a bodhisattva relies on prajña paramita, and thus the mind is without hindrance. Without hindrance, there is no fear. Far beyond all inverted views, one realizes nirvana. All buddhas of past, present, and future rely on prajña paramita and thereby attain unsurpassed, complete, perfect enlightenment. Therefore, know the prajña paramita as the great miraculous mantra, the great bright mantra, the supreme mantra, the incomparable mantra, which removes all suffering and is true, not false. Therefore we proclaim the prajña paramita mantra, the mantra that says: "Gate Gate Paragate Parasamgate Bodhi Svaha."
http://www.sfzc.org/sp_download/liturgy/08_heart_of_great_perfect_wisdom_sutra.pdf 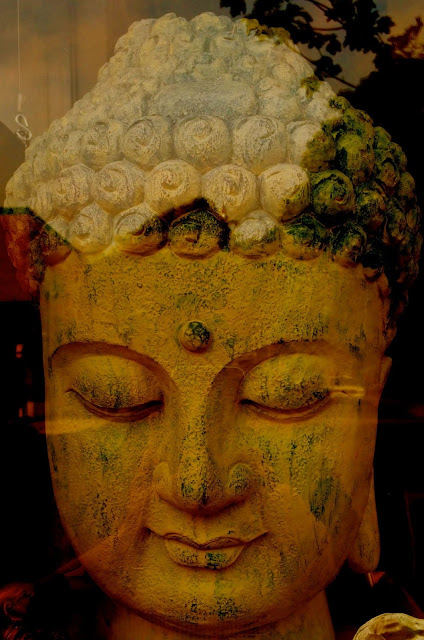