“Ajahn Chah, the great Thai Forest master, went to visit the most famous Forest master of the era, Ajahn Mun. Ajahn Chah had already practiced for 10 years in the forest, the jungles, living in caves, doing jhana and samadhi practices, dissolving his body into light, having deep insights, surrendering, almost dying many times and somehow coming through it.
So he went and he bowed, and he paid his respects, and he said ‘May I tell you about my practice?’ And so Ajahn Mun listened as he told him about his experiences. After he finished, Ajahn Mun looked at him and said
‘Chah, you’ve missed the point.’
Ajahn Chah said ‘What do you mean?’
Ajahn Mun replied ‘These are just experiences. It’s like going to the movies, you can go to a war movie, a romantic comedy, a documentary, a history movie, there are so many different kinds. So you had all these different experiences of light or insights or various other things – but these are just experiences. The real question is, To whom do they happen? So turn your attention to Ajahn Chah, back from the experiences you have, to the one who knows, to knowing itself, to consciousness, as if to inquire, Who am I?, What is this? What is consciousness itself? Who is knowing?
It’s a little bit like being in the movie theater, and you’re completely caught up in some great drama, and then somebody next to you rustles & moves, or drops their popcorn, and all of a sudden, like waking out of a trance, you’re like ‘Oh yah, movie theater, there’s a light on the screen, it’s not actually the action I got engaged in so fully I forgot.'
And so Ajahn Mun said to Ajahn Chah ‘Rest in the one who knows. Rest in the pure timeless witnessing of things – the awareness. Become the one who knows is also the phrase used to describe the Buddha or Buddha-consciousness. And in that, in that you will find your freedom.’
And that freedom isn’t dependent on a retreat, or a particular set of circumstances. It’s really the freedom that’s invited and available to people wherever you are, here and now.

We are consciousness itself, knowing itself, being itself, expressing itself out of the void into form.” 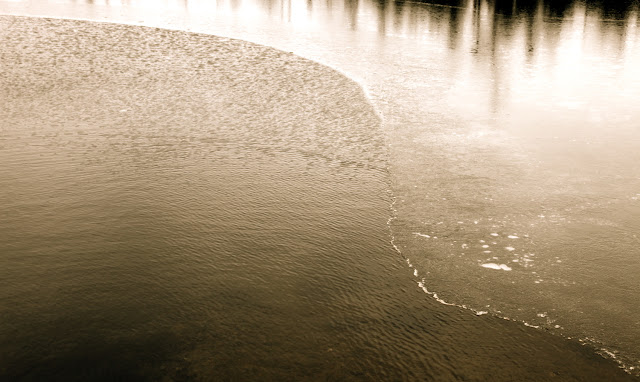