Who am I? and What is this?

"Who am I?" & "What is this?" - are self-enquiry questions (Ramana Maharshi) perhaps the most basic and most meaningful koans or open questions to contemplate. Some thoughtful peoples' reflections:

“I live on Earth at present, and I don’t know what I am. I know that I am not a category. I am not a thing – a noun. I seem to be a verb, an evolutionary process – an integral function of the universe.”
R. Buckminster Fuller

"My own working assumption is that we are here as local Universe information gatherers. We are given access to the divine design principles so that from them we can invent the tools that qualify us as problem solvers in support of the integrity of an eternally regenerative Universe." R. Buckminster Fuller

“Hara means nothing other than the physical embodiment of the original Life center in man.
Man is originally endowed and invested with Hara. But when, as a rational being, he loses what is embodied in Hara it becomes his task to regain it. To rediscover the unity concealed in the contradictions through which he perceives life intellectually is the nerve of his existence. As a rational being he feels himself suspended between the opposite poles of heaven and earth, spirit and nature. This means first the dichotomy of unconscious nature and of the mind which urges him to ever-increasing consciousness; and second, the dichotomy of his time-space reality on this earth and the Divine beyond time and space. Man’s whole existence is influenced by the tormenting tension of these opposites and so he is forever in search of a life-form in which this tension will be resolved.
What is man to do when he feels himself suspended between two opposing poles? He can surrender himself to the one or to the other and so, for a time disavow the contradiction; or he can seek a third way in which it will be resolved. The only right choice is the one which will not endanger the wholeness of his being. Since man in his wholeness must include both poles his salvation lies only in choosing the way which unifies them. For man is destined to manifest anew the unity of life within all the contradictions of his existence. The way to this unity is long. The integration of these two poles – the unconscious, and the conscious life of the mind, as well as between life in space time reality and the Reality beyond space time – constitutes the way to human maturity. Maturity is that condition in which man reaps the fruit of the union he has regained. The realization of this union means that he has found his true vital center. Basis, symbol, and proof of this is the presence of Hara.”
Karlfried Graf Durckheim. “Hara – The Vital Center of Man.” Inner Traditions, 1975. (originally published 1956 - hence the dated terminology)

“We are consciousness itself, knowing itself, being itself, expressing itself out of the void into form.” Jack Kornfield

“A spiritual journey is a calling. It is something initiated from somewhere beyond the ego, from a depth within the psyche that the ego has no access to on its own.” Adyashanti

“The enlightenment instinct is the instinct for the ground of being to become fully conscious of itself.” Adyashanti


“By means of thousands of hours of observation, Buddhist contemplatives claim to have penetrated into ordinarily hidden dimensions of the mind that are more chaotic, where the order and structure of the human psyche are just beginning to emerge. Examination of the deep strata of mental processes reveals layers previously concealed within the subconscious. Finally, the mind comes to rest in its natural state: the ground from which both conscious and ordinary subconscious events arise. This is true depth psychology, in which we observe deep ‘core samples’ of the subconscious mind, cutting across many layers of accumulated conceptual structuring. The culmination of this meditative process is the experience of the substrate consciousness (Skt. Alaya-vijnana), which is characterized by three essential traits: bliss, luminosity, and nonconceptuality. The quality of bliss does not arise in response to any sensory stimulus, for the physical senses are withdrawn, as if one were deeply asleep. Nor does it arise in dependence upon pleasant thoughts or mental images, for such mental activities have become dormant. Rather, it appears to be an innate quality of the mind when it has settled in its natural state, beyond the disturbing influences of conscious and unconscious mental activity.
… The substrate consciousness is not inherently human but is also the ground state of consciousness of all other sentient beings. It is from this dimension of awareness that the human mind emerges, so the substrate consciousness is prior to and more fundamental than the human conceptual duality of mind and matter. Both the mind and all experiences of matter are said to emerge from this luminous space, which is undifferentiated in terms of any distinct sense of subject and object. This hypothesis rejects Cartesian dualism, as well as the belief that the universe is exclusively physical. Moreover, this hypothesis may be put to the test of experience, regardless of one’s ideological commitments and theoretical assumptions.”
B. Alan Wallace. “Meditations of a Buddhist Skeptic. A Manifesto for the Mind Sciences and Contemplative Practice.” Columbia University Press, 2012.

“The perennial philosophy states that the omega experience (not the description, but the actual experience of union with the Divine) is identical in all the mystical branches of all the world’s religions. This has implications for how we should live our lives, which Aldous Huxley succinctly laid out in his Minimum Working Hypothesis:
· That there is a Godhead, Diving Ground of Being, or Brahman that our reality depends upon for its existence.
· That this Ground both transcends the world and is imminent as the world.
· That it is possible for human beings to love, know and, virtually, to become actually identical with the Divine Ground.
· That to achieve this unitive knowledge is the ultimate end and purpose of human existence.
· That there is a Way or Dharma that must be obeyed if people are to achieve their final end, and this Way is a way of peace, love, humility and compassion.”
Dana Sawyer “Huston Smith: Wisdomkeeper. Living the World’s Religions. The Authorized Biography of a 21st Century Spiritual Giant.” Fons Vitae, 2014. 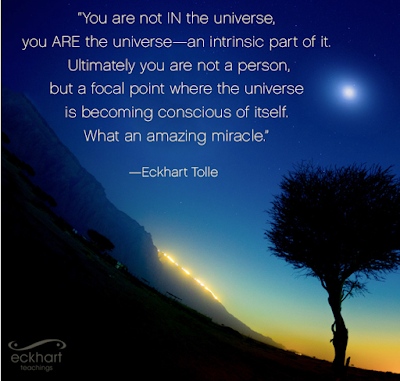