Our health & quality of life depends on our becoming consciously aware of who we truly are, as well as what influences our behavior. Both of these require deep self-reflection & meditation. The former is profoundly helped by advanced meditation & self-inquiry practices; the latter by Jungian analysis (depth psychology), Internal Family Systems (IFS), Transpersonal Psychology etc.
Sadly, our current society, is not only ignorant about, but actively & passively discourages self-reflection, serious meditation, & sustained attention to anything of substance.

“For what is not available in our culture
we are now obliged to find for ourselves.”         James Hollis

“The mother complex, that is, the affectively (emotionally) charged idea of mother, is in us all. It is experienced as the longing for warmth, connection and nurturance.
When one’s initial experience of life met these needs, or largely so, one feels that one belongs in life, that here is a place where one will be nurtured and protected. … the child will feel more grounded in his or her own reality and more trusting of the world around. As Freud once observed, the child who has the mother’s devotion will feel invincible.

Where the primal experience of the feminine was conditional or painful, one feels deracinated (uprooted from one's natural geographical, social, or cultural environment), disconnected. Such an ontological wound is felt in the body, burdens the soul and is frequently projected onto the world at large. One’s entire Weltanschauung (philosophy, view of life, worldview) can derive from this largely unconscious, phenomenological ‘reading’ of the world.

I have seen a considerable number of men in therapy whose need for mothering is so extensive that they are doomed to be dissatisfied with their wives. While it is clear that women do not want to be mothers to their husbands, it is also clear that many men seek in their wives the sort of unconditional acceptance and nourishment associated with positive mothers. Indeed, I have seen many men stuck in marriages that were dreadful for various reasons but they were unable to countenance the idea of leaving. Departure held all the terrors of the child leaving home for the unknown. Sexuality, in particular, is freighted with the infantile need for bodily contact and nurturance. As women grow weary of taking care of little boys, so little boys find it harder and harder to leave home and grow up, since neither father nor the fathers are available to show the way.
When men feel the push-pull of the mother complex they are apt to confuse that power with the outer woman in their life. Just as they often regress in intimate relationships, making a mother of their partner, unconsciously demanding she be ‘the good breast,’ so they fear and oppress women, as if by controlling them they might master the fear of their own undertow. The sorry history of men’s treatment of women is stark testimony to this. One oppresses what one fears. Fear is responsible for the oppression of women and for gay bashing, the latter most notably by young men insecure in their on psychological reality. The resistance President Clinton encountered in proposing to end the ban on homosexuals in the American military was not because there were no homosexuals already serving bravely and honorably, nor because regulations regarding sexual harassment were not already in place, but because of the macho man’s fear of his own feminine side.
Machoism is in direct proportion to man’s fear, and the banding together of fearful men is the breeding ground of violence and the tacit admission of the power of the feminine in their lives. Vast bastions of macho mentality remain in contemporary society, perhaps none more regressive than the military. Possibly, in order to do the work of killing, a man has to override every principle of relatedness within him; he can ill afford to pay attention to doubt or to the eros principle. In his frightened heart he knows what the Greeks made clear long ago, that in the end Ares (Mars) was no match for Aphrodite (Venus). But he will fight her power because, sadly, he has not yet learned that to be a man is to feel comfortable with his feminine side as well. Because his fear is only partly conscious, it is projected onto women and gays, among others. In his unreasoning fear, the macho man remains a little boy just as much as the man who expects all women to mother him. Both of them have unwittingly succumbed to the power of the mother experience and denied that same large power within themselves.
Surely the greatest tragedy for men in regard to the feminine principle is that their fear alienates them from their own anima, the principle of relatedness, feeling and connection to the life force. This alienation from self obliges alienation from other men as well. Often their only connection with each other comes through superficial talk about outer events, such as sports and politics.”
James Hollis. “Under Saturn’s Shadow: The Wounding and Healing of Men.” Inner City Books, 1994. HIGHLY RECOMMENDED

Our task then is to become fully conscious of all the mostly unconscious material that so profoundly affects our life. Actively investigating all of this, mostly subconscious material, is best accomplished with the assistance of a trained Jungian analyst. The excerpt from Hollis' book points out how all of us need to balance assertiveness, competency & empowerment with relatedness, feeling & connection to the life force. Skillfully investigating & integrating this material allows us to become BALANCED enough to prioritize realizing how we are INFINITELY MORE than these neuroses, complexes & habits. SEE: http://healthyhealers.blogspot.com/2021/07/learning-to-rest-in-silence.html 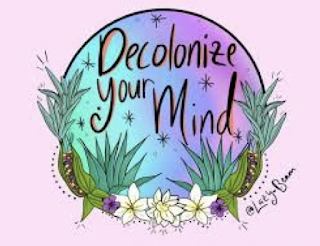