“A beautiful prophecy they tell in the Andes and in the Amazon is called the prophecy of the Eagle and the Condor. They say that this is the time when the Eagle People – people like you & I, who perceive life primarily through the mind – at this time in history will reach a kind of zenith. They’ll use the mind, and tools to even extend the capacity of the mind. That’s probably a prophecy about computers & artificial intelligence. And we will be materially rich beyond any previous generation’s imagination. But we will be spiritually impoverished to our peril and our very survival will be at risk. While the Condor People – which refers to indigenous people, who live primarily through the wisdom of the heart, the five senses, and inhabit the spirit world as their primary home – they will have reached a kind of zenith & sophistication in their skills & their way of life, but they will be materially impoverished to their peril and encounter with the Eagle world, and their survivability will also be at risk. And they say that at this time in history – the beginning of the third millennium (this is the 1st century of the 3rd millennium) the Eagle People and the Condor People will begin to fly together in the same sky, and the world will come back into balance.
But the change after hundreds of years of domination of the Eagle People over the Condor People, from the 4th pachakuti, the pachakuti of dominance & darkness, (between ~1492 to 2000), changing to the 5th pachakuti, the pachakuti of balance & light (a pachakuti is a 500-year period of time). This change from the 4th to the 5th pachakuti will take, they say, 25-50 years, and during that time, Pachamama (their name for Mother Earth) will humble all her creatures with huge climactic events – earthquakes, temperatures rising, fires, floods, tsunamis – to humble all her creatures so they remember their rightful role in relationship with her, going into the pachakuti of balance & light. So this time of climactic turmoil and huge crisis with our climate has been predicted for thousands of years by the indigenous people as a way that the Mother is humbling us, in some cases destroying us, but humbling us so that we will find a rightful role of integrity with her as we go into the 500 years of balance & light, where the Eagle and the Condor fly together – the prophecy about the Pachamama Alliance. They say that this is a huge transitional period, this roughly 25 to 50 years, where we are receiving massive feedback from the Mother. They say the pandemic is part of this feedback, an announcement from the Mother. So everything comes from the earth, everything – the computer, the pen I’m writing with, everything we know, including the pandemic. That virus impacts only one species, of the millions of species on the planet, only one species gets sick from it, and that’s us. Why is that?
They say that the pandemic is an announcement, it’s not a punishment. It’s an ally, it’s halting us, interrupting our way of life so we have to stop and think, re-source, re-check, re-generate who we are for the next 500 years.
I call it morning sickness for our pregnant species, that’s pregnant for its own rebirth. When a woman is pregnant but doesn’t know she’s pregnant, and she’s vomiting in the morning, and feeling tired by 2 o’clock, and wanting weird things, and feeling very out of sorts, she actually considers herself sick.
But if she finds out she’s pregnant, then she’s no longer sick – she’s having a baby. She’s still throwing up, but delighted that she’s going to have a baby. And I say that the pandemic is our morning sickness for a pregnancy that we’re entering into as a species, to re-birth ourselves, co-labour, both men and women collaborate into our next evolutionary leap, into what it means to be a human being. All pregnancies do not produce a baby. There are miscarriages, there are stillbirths, all kinds of things. This is a metaphor. The indigenous people say how we hold this interruption – the pandemic, the climate crisis – is not happening to us, it’s happening for us as feedback, so that we will make the changes necessary to survive. And if we don’t we’ll go extinct. These changes are harsh, but gentler than they could be, but are forcing a transformation."
Lynne Twist (1hr 35min) interview: https://batgap.com/lynne-twist/

The Butterfly Story - A Metaphor for Humanity in Crisis
by Elisabet Sahtouris, Evolution Biologist & Futurist
http://www.sahtouris.com/#5_3

“A caterpillar can eat up to three hundred times its own weight in a day, devastating many plants in the process, continuing to eat until it’s so bloated that it hangs itself up and goes to sleep, its skin hardening into a chrysalis. Then, within the chrysalis, within the body of the dormant caterpillar, a new and very different kind of creature, the butterfly, starts to form. This confused biologists for a long time. How could a different genome plan exist within the caterpillar to form a different creature? They knew that metamorphosis occurs in a number of insect species, but it was not known until quite recently that nature did a lot of mixing and matching of very different genome/protein configurations in early evolutionary times. Cells with the butterfly genome were held as disc-like aggregates of stem cells that biologists call 'imaginal cells', hidden away inside the caterpillar’ all its life, remaining undeveloped until the crisis of overeating, fatigue and breakdown allows them to develop, gradually replacing the caterpillar with a butterfly!
Such metamorphosis makes a good metaphor for the great changes globalisation, in the sense of world transformation, is bringing about, as Norie Huddle first used it in her beautiful book Butterfly. Our bloated old system is rapidly becoming defunct while the vision of a new and very different society, long held by many 'imaginal cell' humans who dreamt of a better world, is now emerging like a butterfly, representing our solutions to the crises of predation, overconsumption and breakdown in a new way of living lightly on Earth, and of seeing our human society not in the metaphors and models of mechanism as well-oiled social machinery, but in those of evolving, self-organizing and intelligent living organism.
If you want a butterfly world, don't step on the caterpillar, but join forces with other imaginal cells to build a better future for all!” 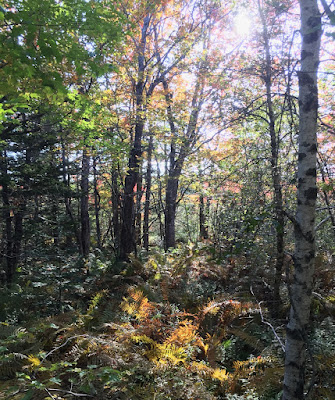