What's This All About?

All of us experience varying degrees of hardship & pain in life. Far more of us have endured major traumas than we realized, as shown in the ACE studies. And, I suspect most if not all of us become at least somewhat wiser by the end of our life. Some of us are fortunate enough to undergo a profoundly transformative, liberating shift in consciousness - a radical change in self-concept, worldview AND how we relate to life.

"The long term poor health outcomes in people who have experienced multiple adverse events in childhood have been well documented since the original CDC-Kaiser study in the late 1990's. Those people who have experienced four or more adverse childhood experiences (ACE) are at significantly increased risk of chronic disease such as cancer, heart disease and diabetes as well as mental illness and health risk behaviours."
M Boullier, M Blair. "Adverse Childhood Experiences." Pediatrics and Child Health 2018; 28 (3): 132-7.

"… harsh, unpredictable environments in childhood (may well be) the common node of psychiatric disease. ‘If you look at every disorder, the core of each disorder is some sort of aberrant way of viewing or seeing the world,’ he says. ‘It’s that paranoid ideation.’ There’s the boy who thinks that everyone is out to get him and is later diagnosed with a conduct disorder. The skinny girl who looks in the mirror and thinks that she’s fat – eating disorder. The teenager who thinks that they’re guilty for their parents’ disputes and drinking – depression.
‘One of the most interesting origins for much of this aberrant thought comes out of harsh & inconsistent & unpredictable early environments,’ Caspi tells me. ‘Those kinds of experiences that set up the anticipation of bad things happening, or they set up the anticipation of being rejected, they set up the anticipation of being violated, they set up anticipation of constantly being threatened, and things going wrong. Things ... being unalterable. And thereby spiraling out of control. So I think a lot of it is about what those early experiences do – they distort our expectations about the future. And that’s why they’re so consequential.’"
Alex Riley. “The seed of suffering. The p-factor is the dark matter of psychiatry: an invisible, unifying force that might lie behind a multitude of mental disorders.”
https://aeon.co/essays/what-the-p-factor-says-about-the-root-of-all-mental-illness

Clearly, therapy by competent mental-health specialists, as early in life as possible is ideal for those who've experienced major trauma, or even lesser trauma that to highly sensitive children, may be equally damaging. With adequate therapy, such children have the chance to see themselves & their surroundings not as victims in a cruel, random universe, but in a progressively more balanced, realistic light. Then, a lifetime of self-reflection & meditation can proceed relatively unhindered.

"When all the layers of false identity have been stripped off, there is no longer any version of that old self. What is left behind is pure consciousness (rigpa). That is our original being. That is our true identity. Our true nature is indestructible. No matter whether we are sick or healthy, poor or wealthy, it always remains divine and perfect as it is. When we realize our true nature, our life is transformed in a way we could not have imagined before. We realize the very meaning of our life and it puts an end to all searching right there." Anam Thubten

“What can we gain by sailing to the moon
if we are not able to cross the abyss that separates
us from ourselves?” 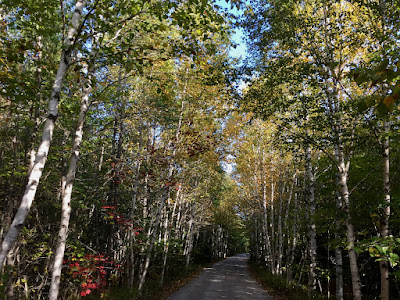