Scarcity in our Time of Abundance

Someone who earned well over $250k a year, once told me that he envied panhandlers for doing nothing and earning more than he did. He must have been thoroughly intoxicated by the paradigm of scarcity to say something so ridiculous.

“Buckminster ('Bucky') Fuller in 1976, told an audience of 2,000 people: ‘Now I’m going to say the most important thing I’ve ever said or ever will say. Humanity has just crossed a threshold. And that threshold changes everything. And we’ve crossed it. And it’s recent.’ He meant in the last 50 or a 100 years – he dealt in these large swaths of time. ‘And that threshold is that humanity is doing so much more, with so much less. And that is the direction of our science, our innovation, of all of our technology – to do so much more, with so much less, that we now clearly live in a world where there is enough for everyone, everywhere to have a healthy & productive life. We live in a world of absolute, profound sufficiency and everyone, everywhere can have a healthy & productive life.
And that was not always true. Before this threshold, we lived in a world of scarcity, where it was either you make it at my expense, because I make it at your expense, because there was not enough for both of us. But on this side of the line, you and I can both make it at no one’s expense, because there’s enough for everyone, everywhere to have a healthy, productive life. We don’t have to compete like mad any longer. We have everything we need. And he said, we won’t realize that for around 50 years, because human institutions inside of which we live, are all rooted in the you or me paradigm, rather than the you and me paradigm – a paradigm of scarcity, rather than a paradigm of enough. And so he said that governance is rooted in a you or me understanding of the world; the economy is clearly designed & rooted in a you or me understanding of the world; education is rooted in a you or me understanding of the world; even, he said, religion is rooted in a you or me understanding of the world. So he said these institutions will need to become so dysfunctional, that they start falling apart and they won’t be able to fix them. And then we’ll have to recreate our human institutions from a new paradigm – a paradigm of profound sufficiency. And it will take about 50 years for all of this to fall apart. He said this in 1976 and here we are in 2021, and things are totally falling apart, and we can’t really fix them because they’re rooted in a set of assumptions that are now so clearly inaccurate. That’s the big lesson I learned from Bucky, and then I began to be a spokesperson for the distinction of sufficiency, which is not an amount of anything, it’s an experience, it’s a way of being where you are in the experience that you are enough, there is enough, and from enough, we build and grow and expand (rather than from scarcity or lack, but from enough). It’s just a completely different way of living. … Bucky said, ‘We can make the world work for everyone, with no one and nothing left out.’

Brother David Steindl-Rast (gratefulness.org) when asked ‘What’s the difference between gratitude and gratefulness?’ replied, ‘Gratitude has two great branches, one is gratefulness, and the other is thanksgiving. Gratefulness is the experience of life when the whole of life is so full, it is almost overflowing, but not quite. The bowl of life is so full, that it’s bowed at the top but not yet dribbling over the edges. And that’s the experience of the great fullness of life. And when you’re in the great fullness of life, if you’re one with God, one with the Universe, and there is no other. It’s all One. That is so fulfilling that the bowl of life starts to overflow, and that puts you over on the other branch of gratitude, called thanksgiving. And when you’re in the branch of gratitude called thanksgiving, the bowl of life is like a fountain, it’s overflowing. And so all you want to do is give, and serve, and you’re so grateful to discover there’s another so you can give and serve and contribute and share and that’s so fulfilling, it puts you in the gratefulness of life again. … back & forth … And you can live in these two branches of gratitude, and it’s so powerful & fulfilling to live in these two branches, like Brother David does. All of us can.
But sometimes, when the bowl of life gets full, almost overflowing, we think, ‘Oh, I’ve got to get a bigger bowl!’ rather than realize this is enough.
And out of enough, natural bounty, or natural abundance flows. Abundance is different from sufficiency. This is sufficiency, and this is natural abundance, which flows from sufficiency, never from lack, and not even from more. Real sufficiency flows from the profound recognition of enough. There’s a beautiful principle of sufficiency I kind of made up: When you let go of trying to get more of what you don’t really need, it frees up oceans of energy you’ve tied up in the chase, to turn and pay attention to what you already have. When you pay attention to what you already have, when you nourish what you already have, when you make a difference with what you already have, when you share what you already have, it expands. This is another way of saying, ‘What you appreciate, appreciates.’
What you long for in the world, and what you love, where you feel hurt in the world, and what you care deeply about, where you feel the world is longing for your participation and where you’re drawn from your heart to do something about – you put those two things together, and you’ll find your path of service. Albert Schweitzer said, ‘One thing I know; the only ones among you who will be really happy are those who will have sought & found how to serve.’ So just get involved in whatever makes your heart sing, touches your heart, and keep engaging in things until you find this is it, this is mine, this is why I was born, this is why I’m here, this is what I stand for, this is my dharma, this is my karma, this is my service, this is who I am."
Lynne Twist (1hr 35min) interview: https://batgap.com/lynne-twist/ 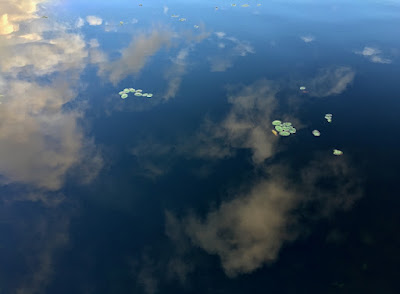