A Deeper Reason to Meditate

Most of us start meditating to get a better handle on stress - just part of our seeking agency over every aspect of life. Up till now, our focus has almost exclusively been on externals (things outside ourselves). Taming the external environment to our needs is the dominant theme of the first half of life - an important, necessary step. But we soon find that meditation involves a very different approach from what we're used to.

“… of external facts we have had enough and to spare, more than the squirrel-like scholars will ever be able to piece together into a single whole, enough to keep the busy popularizers sprouting in bright-eyed knowledgeability the rest of their days; but of the inner facts – of what goes on at the center where the forces of our fate first announce themselves – we are still pretty much in ignorance…” William Barrett

Around middle-age - when loved ones start to become sick & die - we may begin to realize that, despite all our striving, we have shockingly little control over the most important aspects of life. So for those able to age wisely, the theme for the second half of life shifts progressively towards discovering the internal aspects of life - a relatively mysterious dimension or level of consciousness that we've essentially overlooked - till now.
After a lifetime of manipulating the external mechanical world of solid objects ("hard science"), shifting focus to deeply investigate our inner life (metaphysics, spirituality) is the most radical challenge we've ever faced. See also: http://www.johnlovas.com/2019/04/wisdom-for-second-half-of-journey.html

"Spirituality addresses qualities of the human spirit that include love, compassion, patience, tolerance, forgiveness, a sense of responsibility, which brings happiness to self and others. It as well includes a basic concern for the well-being of others. And it has an emphasis on contemplative practices cultivating ethics, stability, and prosocial mental qualities." Dalai Lama

Many cannot make this shift, because:
• Our society's unspoken dogma is scientific materialism: the belief that physical reality, as made available to the natural sciences, is all that truly exists. As in religious exclusivism, all other worldviews are denounced.
• The founders of major religions set out to train peoples' intelligences to deal with spiritual matters however religious organizations have severely damaged their own credibility, competence & relevance.
•  Our identity - 'self-image' - is built around being specialized in & competent at controlling & surviving in the external world. Now, we suddenly realize that our control is declining & survival was never possible. AND we need a very different set of skills to start exploring an 'inner world' - a task for which we feel utterly incompetent!
These & other factors leave many people - especially in the second half of life - feeling profoundly uprooted, adrift & helpless to address the now most urgent, meaningful & profound aspects of their life.

Of course turning science into a dogmatic quasi-religion, complete with 'religious exclusivism,' clearly violates scientific principles. Nevertheless, like partisanship, dogmatism is becoming increasingly common.
“... dogma ... a coherent, universally applied worldview consisting of a collection of beliefs and attitudes that demand intellectual and emotional allegiance. Dogma wields power over individuals and communities that is far greater than the power of mere facts and fact-related theories. Indeed, a dogma may prevail despite the most obvious contrary evidence, and commitment to it may become even more zealous when obstacles are met. Thus, dogmatists often appear to be incapable of learning from any kind of experience that is not authorized by the dictates of their creed. … The antidote is the restoration of an authentic sense of empiricism and a willingness to put cherished beliefs and assumptions to the test of experience.”  B. Alan Wallace PhD

Perhaps more importantly, popular religion is qualitatively distinct from the practice & resultant direct experience of serious spiritual seekers, meditators, mystics & saints:
“… the spiritual is inclusive. It is the deepest sense of belonging and participation. We all participate in the spiritual at all times, whether we know it or not. There’s no place to go to be separated from the spiritual, so perhaps one might say that the spiritual is that realm of human experience which religion attempts to connect us to through dogma and practice. Sometimes it succeeds and sometimes it fails. Religion is a bridge to the spiritual - but the spiritual lies beyond religion. Unfortunately in seeking the spiritual we may become attached to the bridge rather than crossing over it.” Rachel Naomi Remen MD


"Nothing in life is to be feared, it is only to be understood. Now is the time to understand more, so that we may fear less." Marie Curie

What does serious spiritual / meditation practice lead to?
“My sense of it is that awakening (enlightenment) is the knowing in your cellular being that you are not the character you thought you were; that you are this pure consciousness that has created everything. Something like that. You can’t put it into words. So if that should happen, if that’s known, really known in your cells (not in your head, it doesn’t help much to just have it in your head), then that doesn’t go away. It’s kind of like knowing I’m a man or a woman. Once you figure that out, you don’t have to keep reminding yourself. It’s just sort of there. That’s the form you happen to have at this time of your life. It’s not an intellectual knowing. It’s not something you’re likely to forget. It’s a much more visceral or cellular knowing. The other aspect of it is that when you’re feeling it and it becomes more accessible to you, to fall back into that, there’s tremendous peace and tremendous acceptance of what is in the world. There’s no more resistance. One of the things you could say is no more division." Bonnie Greenwell PhD https://www.youtube.com/watch?v=Q2U5bAISZU4 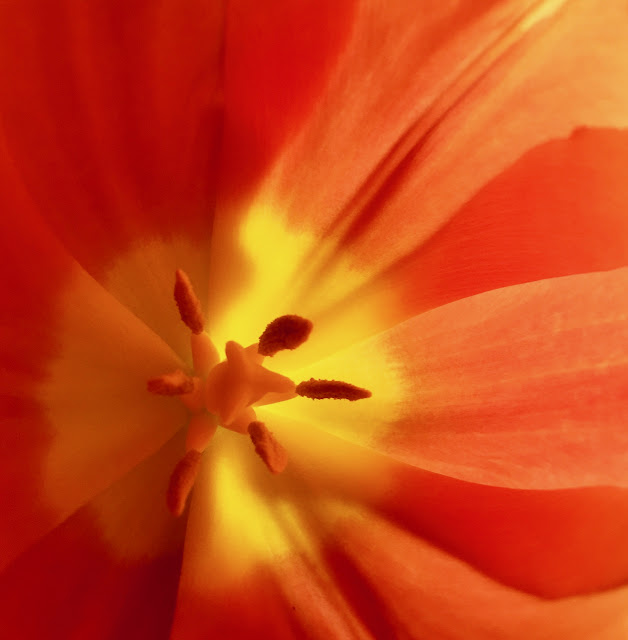