Beyond Even the Fear of Losing Control

Our usual mindset or operating system is based on our society's (mostly unexamined) assumption that ONLY physical stuff (matter) is real, because we can all see, feel & therefore agree upon it. Most of us have inadequate training & understanding of either science or of metaphysics ("the branch of philosophy that studies the fundamental nature of reality, the first principles of being, identity & change, space & time, causality, necessity, & possibility. ... the nature of consciousness and the relationship between mind & matter ... 'metaphysics' ... literally means "after or behind [the study of] the natural*." wikipedia.org - *"natural" implies physical stuff). Metaphysics, in simple terms, refers to everything OUTSIDE of our tiny "box" of information, which, for some ONLY contains physical "stuff." Though sometimes encouraged to do so, most of us simply can't or won't "think outside the box" because leaving this "comfort zone" of dogmas & other (incorrectly) assumed certainties, requires more bravery, open-mindedness, creativity, & energy than most of us have. So we often need to graduate from the school of hard knocks to crack open our numb skulls & hard hearts.

There is a crack, a crack in everything
That's how the light gets in
Leonard Cohen, "Anthem"

"Grant me the serenity to accept the things I cannot change;
courage to change the things I can;
and wisdom to know the difference."
Reinhold Niebuhr's "Serenity Prayer" - later adopted & popularized by Alcoholics Anonymous & other 12-step programs - is profoundly wise, AND YET many of us have to "hit rock bottom" before we take it seriously. Our society frantically chases after short-term pleasures while values such as serenity & wisdom are forgotten. Few can define these terms, never mind live them.

We're like a small sailboat out in the middle of the ocean.
Religion was meant to be our sailboat's ballast, allowing us to maintain a steady course, without capsizing in storms. As with other large businesses that mass-produce heavily-processed stuff eg junk-foods, organized religions continue to devolve from an idealistic mission eg optimal nutrition, down to maximizing "market share," mission be damned.
Scientism. The remarkable impact of scientific innovations and the resultant readily-available cheap consumer items easily converted many from anemic religions to true-believers in "scientism" - the pseudo-religious belief in "stuff," containing the most toxic elements of theistic religion (dogmatism & exclusivism), but none of the most intelligent, vitally important elements of science.

A few words about science. Most (including "hard science only" fans) assume that "science" refers only to "natural sciences" (biology, chemistry & physics) which deal directly with matter/energy. Here, only physical matter / energy is studied, because only these can be (readily) measured, so that others ('third parties') can repeat the experiment, 'objectively' proving or 'refuting' the validity of the measurements.
Seldom recognized by the public, though critically important, is that the object of scientific interest typically must to be removed / isolated from its natural surroundings (taken out of context***) & brought into a sterile laboratory so that the study can focus ONLY on the experimental object.
Rarely (never?) mentioned now, though this was a standard disclaimer at the end of every scientific paper until ~40 years ago, went something like, 'the results of the present study are valid only under the described experimental conditions, and conclusions cannot be made beyond the present experimental conditions.' TWO important ramifications of this disclaimer:
1) If another lab's methods deviate at all from the original lab's, they should get different results, and so it cannot disprove the original lab's results.
2) The process of removing the object from its native environment for scientific study, unavoidably causes varying degrees of damage. Further damage then occurs as the isolated object is exposed to a completely foreign, often inhospitable lab ('in vitro') environment. Still further damage occurs when the object is subjected to experimental stimuli - the "experimental conditions".
These represent BOTH a strength, AND a limitation of the scientific method. The strength: isolation allows scientists to study the object of interest, with minimal contamination by other objects, be it from the objects natural environment, or the lab itself. The limitation: given how even a slight difference in methodology (eg lower temperature) between labs changes the results of the experiment, how closely can we expect our lab findings of the profoundly damaged, isolated object compared to when it's undisturbed, functioning harmoniously with its natural environment? Hidden here also a key materialist dogma - the belief in the primacy of matter, which here implies that we should be able to build anything, including human life itself, from basic building blocks. Critics correctly call this clear limitation & increasingly questionable dogma, "reductionist" - analyzing & describing a complex phenomenon in terms of its simple or fundamental constituents. Varying degrees of isolation, manipulation & simplification are necessary, regular, normal aspects of science BUT this, often radically simplified model, can only provide hints about complex reality. *** It's very useful to remember that patients who suffer a stroke of the right hemisphere, by loosing context, are profoundly handicapped, vs the left hemisphere (loosing narrowly-focused task-orientation) are, despite also loosing the ability to speak & important motor skills, are far less handicapped.
Below, even more potential surprises about real science:

Thomas Kuhn's classic, 'The Structure of Scientific Revolutions' intelligently describes scientific progress. "... science changes, adapts, and specializes to fit the times. It does not work toward some absolute 'truth,' but merely continues its work of studying and understanding the world.
Many people have the idea that science progresses in a linear fashion—a straightforward march from ignorance to knowledge. If that were true, then there would be no such thing as scientific revolutions; old ideas would never need to be overturned, only built upon.
However, not only do scientific revolutions happen, they follow a specific pattern. The Structure of Scientific Revolutions lays out this pattern clearly and labels each part of it. The parts are:
1) Normal science: The process of adding to existing knowledge through experiments and study.
2) Puzzle-solving: Finding and fixing discrepancies in science as we currently understand it.
3) Paradigm: ... a paradigm could be seen as a perfect example of an idea, which can be expanded into the framework of a whole field of scientific understanding. For example, think about the evolution of humans from a more ape-like ancestor. Using that paradigm, evolutionary biologists form the framework for all of their studies.
4) Anomaly: Someone finds a discrepancy between the current paradigm and experimental results.
5) Crisis: The discrepancy can’t be resolved. Scientists loyal to the current paradigm try to dismiss it, while others try to show that the current paradigm is wrong.
6) Revolution: The old paradigm is overthrown by new information, and eventually a new one takes its place—a 'paradigm shift.' There have been many such revolutions in history that completely changed the way people understood and approached the world."
https://www.shortform.com/summary/the-structure-of-scientific-revolutions-summary-thomas-kuhn?gclid=Cj0KCQiA0p2QBhDvARIsAACSOOMmoBYMECSzkKRKJzS7FE-4GF1pWw0Gpm694tLTYiajFjmBTBdZejkaAh2FEALw_wcB

It's "only human" to resist change, especially when one's ego, prestige, livelihood & (false) identity depend on defending outdated ideas & ways of thinking. However, when mounting new evidence is ignored, suppressed, ridiculed & shamed, it's because of dishonesty & incompetence, typical of religious cults, but has no place in science, nor meaningful religions.

"Models of Consciousness: Determinants of Our Lived Reality
If you believe in a materialist model that considers consciousness beyond the human waking, dream and sleep states to be abnormal or nonexistent, this will limit your sense of interconnection. But if your model includes a continuum of consciousness within everything, the feeling of connection inherent in this model will naturally generate compassionate action: you understand that what happens to others also happens to you.
Regardless of which model you accept, a key question is whether you are open to modifying your understanding based on emerging evidence regarding the nature of consciousness? Here is how the astrophysicist Bernard Haisch explains the strong grip of the medical model on modern science and our culture:

'Modern Western science regards consciousness as an epiphenomenon that cannot be anything but a byproduct of the neurology and biochemistry of the brain. While this perspective is viewed within modern science as a fact, it is in reality far stronger than a mere fact: it is a dogma. Facts can be overturned by evidence, whereas dogma is impervious to mere evidence.'
Bernard Haisch quoted in: David J. Chalmers. "The Conscious Mind. In Search of a Fundamental Theory."1997, p53

Consider whether you are open to expanding your existing model of consciousness. As our model of consciousness expands, our experience of connection with everyone and everything around us expands as well. And this, in turn, can lead to an increased capacity for compassion and for actions by which we can heal ourselves and our planet."
Marjorie Woollacott PhD neuroscientist https://www.huffpost.com/entry/our-models-of-consciousness-how-they-shape-our-reality_b_59270990e4b0aa7207986b94

Consider the story of this, now middle-aged, lady who had a near death experience (NDE) at 4 years of age. For much of her life, she only remembered the dark, scary components of her NDE, causing her to fear the dark & falling asleep. This terror was triggered when as an adult she was advised to have a general anesthesia (GA) for an operation. A brief excerpt:
“And suddenly it terrified me, with hot & cold shivers going through my body, that in essence it meant giving up control of one’s own consciousness. For about a quarter of an hour I was just going through the feeling of the essence of that loss of control, and tears washed down my face when I had to think about it. That this is the essence of dying, to just let go, to dive down without any ground under your feet. That this is the step out of control, like in death."
During the GA, she finally remembered all the positive bright, loving, safe, welcoming components of her NDE, and lost her fear of the darkness, sleep, general anesthetic & death. Sometimes, when we lack the courage to accept that which we fear, life overwhelms our childish ego's feeble illusion of control, allowing us finally to see the reality that is here, yet beyond our simplistic materialistic ideas about reality.
"If we let go of the rational control over our own consciousness, we can get somewhere that forms us and that also forms the universe. I acknowledge that this is, in my opinion, a very important state of mind, a very important process for us all.”
https://www.youtube.com/watch?v=AE_8E6casn0

We all know that fear triggers our strong survival instinct to control (fight, flight, freeze). However, as the Serenity Prayer (top of the page) suggests, this drive to control is only appropriate & helpful if the situation can be controlled.
When we transcend fear - which is often a hard-earned skill, then acceptance, love & connection with a profoundly better, infinitely greater reality opens up. 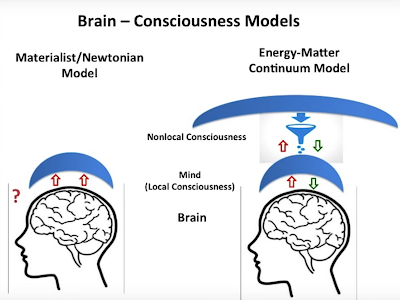